Many sports bettors set their eyes on both esports and virtual sports betting during the height of the coronavirus outbreak. COVID-19 kept people from betting on sports events as live games were canceled to keep the infection rates down, and bettors had to look for alternatives.

As the popularity of virtual sports and esports grew, many people can confuse one for the other in that bettors can bet on them virtually and that the events are not actual soccer or basketball events. These two are still different from each other, and one is even more convenient than the other.

Virtual sports differ from both Singaporepools live betting and esports betting in that it uses RNG software to determine the outcome of a match. Bettors won’t have to worry about fixed matches on virtual sports, but they can also have a hard time winning their bets since the results are completely random. Written below are some of the features of virtual betting:

Virtual games tend to last a few minutes compared to regular sports events that typically last 90 minutes or more. Sports bettors don’t have to monitor the game religiously like a live match or wait for a game to finish when betting in advance.

Bettors can see how a virtual match ends in a matter of minutes and start betting on another game.

Because virtual games are RNG-dependent, an online casino offering virtual betting like flash soccer can offer the service like how they offer their slot machine services. Sports bettors can bet anytime they want.

Most sports betting sites offer the same betting options they offer for live games and other sports events. Bettors can also bet live by watching a virtual match and see how the game unfolds instead of waiting for a textual representation of the results.

The idea of watching people play games may be laughable at first, but it’s something that many people have profited from by streaming their experiences in playing video games. Some people want to see how others play, others have no capabilities to play it so they resort to watching others, while others simply want to kill time.

When video games were finally recognized as electronic sports, bettors had the opportunity to bet on competitions held using such games and streaming platforms. Many gamers became professional esports players and made a living off gaming. These gamers’ supporters can then show support by betting on them, like how sports fans support their teams by betting on them. 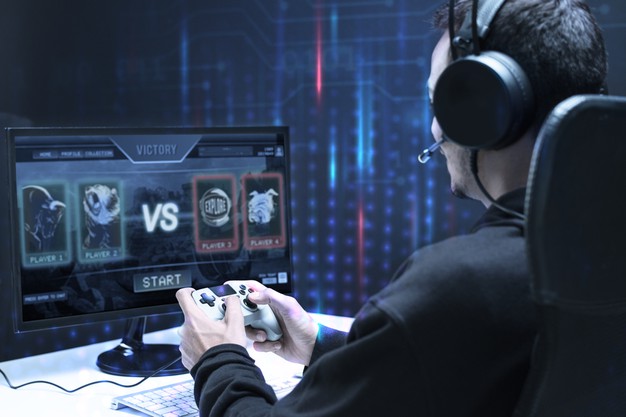 Unlike virtual betting, esports betting isn’t limited to representations of real-life sports. It also has other genres of video games. The top three esports titles are League of Legends, DotA 2, and CS:GO. These games have a large viewership and engaging communities. These three games aren’t even all that esports has to offer, and many other people and streamers play Valorant, Overwatch, Call of Duty, and Rocket League, and many more.

People will find that several esports titles are similar to one another with different mechanics like CS:GO and Valorant and League of Legends and DotA 2. Sports bettors who frequent soccer betting Singapore might like Rocket League since the game is similar to soccer, except that they use cars and hit a large ball to get to the other team’s goal.

Video games can appeal to many different people, even non-gamers, making it an excellent choice to bet on if there are no live sports events available.

Many video game enthusiasts agree that esports betting is more exciting than betting on traditional sports because of how quickly things can change. Gamers who are familiar with the game they’re betting on, the people competing, and the heroes and/or in-game equipment the players are using can more or less predict how a match will end and how upsets can happen.

Betting live by watching the stream allows people to enjoy the moment and get immersed, and see what the players see. This also allows the bettors to bet at the right time when the odds are high enough by monitoring how the game is going.

The big esports titles also have big competitions that people can continuously check on. The big events have a lot of money at stake, and the competing gamers will arguably exert more effort to win the prize, making the matches more exciting. Among the biggest esports events are the following:

League of Legends is one of the most popular games worldwide, with many people playing it across new and old computers since it isn’t a demanding game graphics-wise. This popular game also has a long-lasting esports competition that began in 2011.

The large prize makes the event more exciting for the bettors since the competitors will also go all out to try their hand at the prize money.

Valve, however, canceled the Spring Major that was scheduled to take place on May 10-23, 2021. The Major scheduled on November 1-14 has not yet been canceled, though.

Virtual sports and esports have glaring differences that bettors can take advantage of when online sports betting isn’t possible. Bettors who want to place a quick bet can resort to virtual betting, while those who want to watch an exciting match can bet on esports. Bettors need only look for the best online casino Singapore to place their bets. Register at www.cm2bet.com now and bet on the different games available on the site.