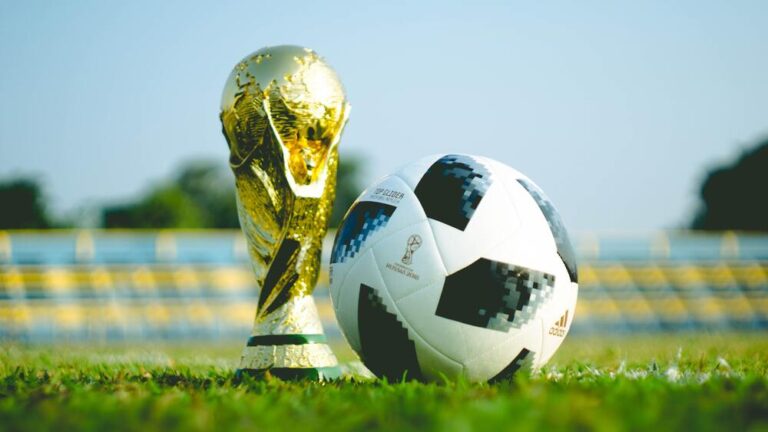 The 2021-2022 season of the English Premier League just concluded last month, and many fans worldwide are treated to exciting matches throughout the season. The battle for the title went all the way until the final matchday and ended with the two teams only separated by a point. Apart from this, some other essential placings were settled at the last matches of the season, making it one of the most exciting days for Premier League fans the previous year.

It’s been weeks since the last season concluded, and many clubs are already making moves on the market to improve their lineup, especially with the grueling schedule due to the FIFA World Cup in November. There are already several deals involving the top teams in the league, some of which involve the biggest names in football in the past decade.

The new season that will start in August will pose new challenges to the teams and players, and sports bettors in Southeast Asia who will look to make a profit next year. Several sportsbooks and online casinos in Singapore will start offering outright markets for next year’s likely results in a few weeks. This means that bettors can now begin preparing reliable betting strategies to maximize their opportunities.

The intense battle for positions last season might be a preview of a much tighter fight that we might see this year. So, to help you out, here are some clubs that might lift the trophy next year. And we will start with a team looking to score a hat-trick of Premier League trophies that their city rivals last completed from 2007-2009.

After a breezing start to the season, the Citizens saw themselves fighting to hold for the top spot late in the season. But the resilience of Pep Guardiola’s side allowed them to win their last three games to keep the Reds at bay. The great thing about Manchester City’s run last season is that they could survive a season full of postponements from COVID-19 and play without a legitimate striker in the squad.

Not having a striker can be a significant risk for many clubs, but Guardiola was able to use his squad to dominate their opponents effectively. Despite this, the Spanish coach believed that they still needed a striker in the team, and the management was able to deliver him one of the top young strikers in the world in Erling Haaland.

The wonder kid from Norway has been tearing it up in the Bundesliga in the past three years for Borussia Dortmund. Last season, Haaland appeared in 24 matches and scored 22 goals and 7 assists. Haaland’s signing fills City’s need for a striker and gives them a significant edge over other top clubs in the league next season. With Haaland on their side, the team still has the best chance of winning next year’s title, with another top club possibly battling them for a chance to win their first-ever EPL title.

After two mediocre seasons and missing out on Champions League spots, the Spurs are back on the big stage after securing fourth place in last season’s table. Their three early wins, including an opening victory against Manchester City, propelled them into one of the dark horses to win the title. But mid-season struggles slowly dragged them down the table, which led to coach Nuno Espirito Santo losing his job in November.

But the Lilywhites managed to crawl their way back under new coach Antonio Conte gradually. Key signings in the January transfer window and a renewed culture in the club saw them constantly win games in 2022 to go back in the top four. And after a somewhat successful campaign, the club’s management is going all-in to support Conte on his target players this summer.

The Spurs immediately made waves after the season after signing Croatian standout Ivan Perisic on a free transfer from Inter Milan. This reunites Perisic with Conte, who guided Inter from 2019 to 2021. They also added Fraser Forster as a backup goalkeeper and paid £25 million + add-ons for Brighton midfielder Yves Bissouma. In addition, the club is being linked to some other big names in the market, including Christian Eriksen, Richarlison, and Joao Felix, among others.

With Harry Kane and Son Heung-Min expected to further up their game to lead the squad, Tottenham will look to carry their momentum into next season. And this might result in the club winning their first trophy in 15 years.

After finishing third in 2021, the Reds looked to get the trophy back to Anfield as they battle for the top spot against other Big 6 clubs. However, early to mid-season struggles saw the team struggling to keep up with league leaders and fight for their place in the top 4. But a late-season push from the squad allowed them to fight with the Citizens for the championship until the last matchday, which can be considered an achievement.

Liverpool will undoubtedly have an exciting summer as they try to fill the gaps in the squad, especially the one left by AFCON champion Sadio Mane who transferred to Bayern Munich. They had already splurged on 23-year-old Darwin Nuñez from Benfica for €75 million. The Uruguayan scored 26 goals in 28 minutes last season and is expected to be a crucial part of Liverpool’s offense alongside Mo Salah next year.

Along with mid-season signing Luis Diaz, Liverpool will be more determined to win another trophy next year, especially after narrowly missing out on a quadruple last season. With a few more signings, especially for their midfield, the Reds will be a force to reckon with in the upcoming season and might lead to them winning their second championship in 4 years.

After an exceptional Champions League campaign to win the tournament in 2021, countless people expected the Blues to win it all in the Premier League. But Chelsea sustained multiple bumps along the road, causing them to miss out on the potential 6th EPL title. Despite this, Thomas Tuchel’s squad could get essential points down the wire and keep their position in the table, even with Tottenham’s late-season push.

Under new ownership, Chelsea will be busy building the best squad possible to compete next season this summer. They already lost some primary team members in Antonio Rudiger, Andreas Christensen, and Romelu Lukaku. The Blues are yet to make a move, but they are linked to some of the biggest names in the market, including Raheem Sterling, Matthijs de Ligt, and Cristiano Ronaldo.

With the countless transfer rumors and full schedule released, the Premier League’s off-season is already heating up to prepare everyone for next season. Most of the top teams are already making moves to improve their lineup, which can change the league’s dynamics, especially with the World Cup significantly affecting the schedule.

For bettors, keeping up with the news about their favorite teams can be crucial in making a winning betting strategy. This will allow them to increase their chances of winning and profit by the season’s end. In addition, betting through a reliable sportsbook in Singapore using a trusted digital platform will allow bettors to place wagers for their favorite teams or players safely.

Register now at CM2Bet, a trustworthy online casino in Singapore and Malaysia. They have a variety of sportsbooks for bettors to stay updated with Singapore pools soccer odds and place their stakes on different football betting markets. They also have various online casino games like blackjack, baccarat, and online slots that you can enjoy on multiple devices.