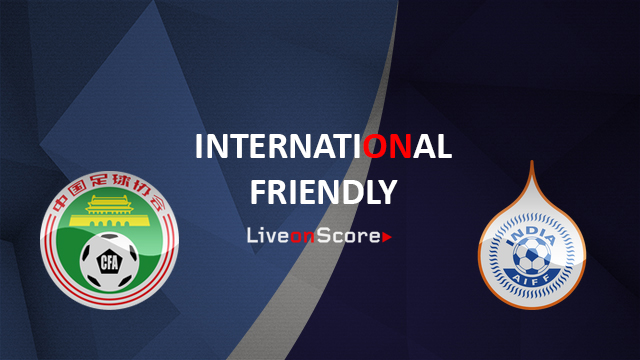 Chinese national team is currently getting ready for the Asia Cup next year. Their domestic league called the Chinese Super League has yielded some talented players for the National team.

CFA appointed Marcello Lippi as their head coach in 2016 aiming the WC in Russia. But they fell at the third round of the qualifying campaign.

China will meet Kyrgyzstan in their Asia Cup opener. Easy opponents in the first game will result in a winning start for the Dragons. The only real threat in their group is South Korea, whom Lippi’s side managed to draw back in 2017.

Indian National team has been an interesting prospect for the past 2 years. They ascended in the FIFA rankings from 146 in 2015 to 94 in 2018.The team stands 97th in the list at present.

Sunil Chhetri the captain of the Blue Tigers is third in the international scorers list after Cristiano Ronaldo and Lionel Messi. The team has won friendly’s against Kenya and New Zealand in their latest friendly’s.

Steven Constantine is facing criticism from fans despite having lead India to top 100 in the world. He faces problems with forwards not being in form, Chhetri and Jeje Lalpekhlua not shining for their respective clubs.

China vs India Head to head

The last competitive meeting between these two sides date back to 1984 Asia Cup; China bagged an easy 3-0 victory back then.

China has lost only one in their last 5 home games, that too against a strong Czech side. In their previous friendly they managed to draw at Bahrain 0-0.

India has lost to Maldives in SAFF cup final, playing with a second choice team. The coach will include the young players from that campaign to look at wider options for the upcoming Asia Cup.

It is quite evident that the visiting Indians are huge underdogs here and they are a team largely untested against quality Asian opponents.

The Dragons led by Marcello Lippi tend to play a tight defensive game, they won’t create a lot of chances or score a plenty. Thus, backing the away side on a +2.5 Asian Handicap is the best option in a potential low scoring affair. 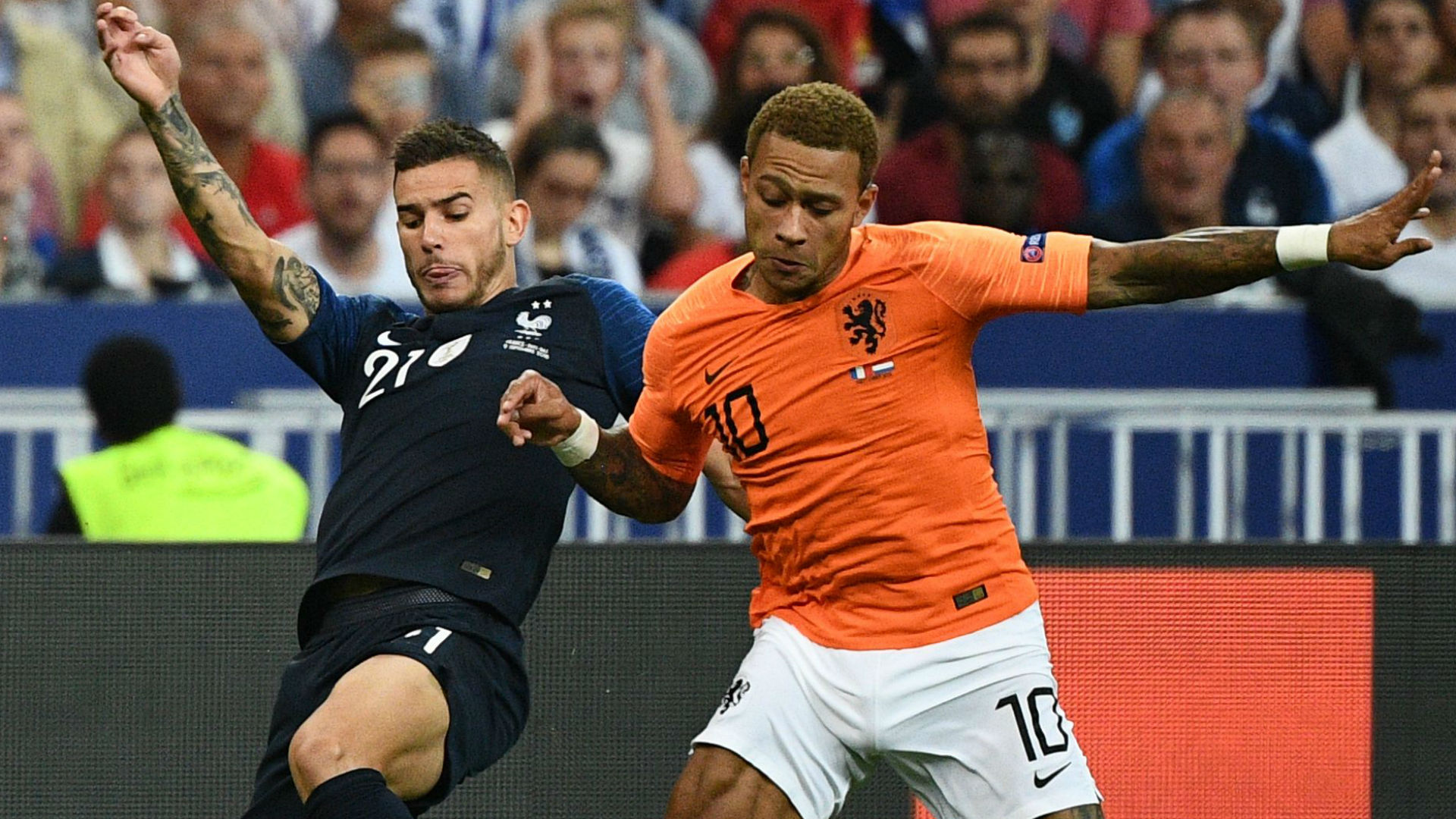 Germany travel to the Netherlands this week looking for their first victory in the UEFA Nations League.

The 2014 world champions drew with France in their opening match in the tournament 0-0, and having seen the French then record a win over the Dutch, Joachim Low’s side know they need three points from their trip to Amsterdam.

With Kevin Trapp and Leon Goretzka withdrawing from the German squad, Joachim Low has called up Bernd Leno and Serge Gnabry as cover. Marco Reus and Antonio Rudiger are also missing through injury.

Netherlands are missing Brighton midfielder Davy Propper after he pulled out of the squad through injury. Coach Ronald Koeman has opted not to call up a replacement.

The Dutch national team may be going through a transitional process but they can still be relied upon to find the back of the net.

In recent months, Netherlands have scored against France, Portugal and Italy, with Koeman’s side only failing to find the net twice in their last 16 games.

Germany, for their part, are still rebuilding after their disappointment in Russia this summer and the four-time World Cup winners have kept just one clean sheet in the nine matches they have played in 2018.

Therefore, Netherlands will fancy their chances of scoring, yet but they do remain vulnerable at the back with just one clean sheet in their last six games. 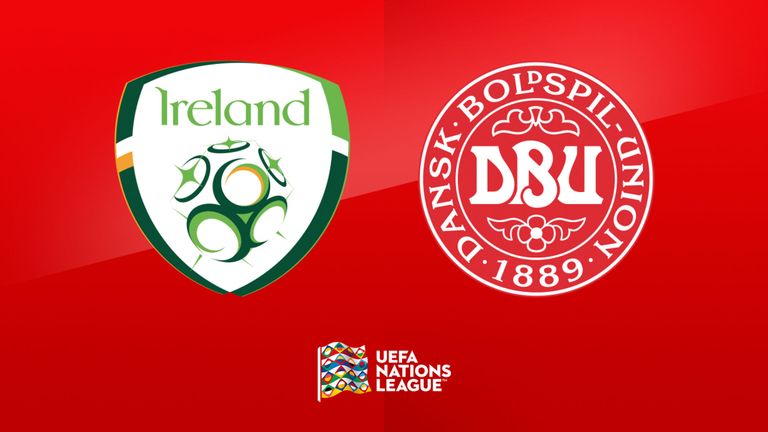 Republic of Ireland will be hoping to take advantage of the expected absence of Christian Eriksen when they face Denmark in the UEFA Nations League on Saturday, live on Sky Sports.

However, he looks set to miss the match at the Aviva Stadium due to a stomach injury.

Asked about Eriksen’s potential absence, Ireland defender Shane Duffy said: “He is obviously a top player, and it benefits us that he isn’t in the team, but I’m sure they have players that will come in and step up, like we do.

“They are a good nation, a good team, and we know about all of their qualities. I’m sure they have something planned if he doesn’t play, and we will have to try and stop that.”

Ireland were beaten 4-1 by Wales in their opening Group B4 match while Denmark were 2-0 winners against Wales, with Eriksen scoring both goals.

O’Neill’s side have conceded nine goals in the last two competitive games but have been boosted by the return of Harry Arter.

The Cardiff midfielder withdrew from Ireland’s last matches after a row with assistant coach Roy Keane.

However, the pair have held talks and Ireland manager Martin O’Neill does not think there will be any lasting issues.

“I probably believe that it should make Harry stronger for it all,” he said. “If there’s criticism coming your way, take it in some sort of spirit and attempt to prove someone wrong if the criticism is levelled at you. If someone is praising you, then try to prove them right.”

However, striker Shane Long should be fit after recovering from an ankle injury.

Ireland need to sort themselves out, with talks of players falling out with Roy Keane. I think it’s time for someone in charge to say we just need to grow up here. There’s not a lot of goal scoring in this game but there’ll be personal pride to play for with Ireland and I think it’ll be physical and they’ll just about get the job done. It’s a strange one but I think Jeff Hendrick could pop up with the winner here from midfield.