This coming weekend sees one of the most intriguing matches that we have seen so far this season in the Premier League as Liverpool travel south to face Tottenham at Wembley Stadium.

Whilst in isolation the fixture itself is of interest given the quality that the two sides possess not only in their first choice team but in the squad as a whole, there is also another narrative that will make the match a compelling watch, as the same fixture took place at a similar point last season with Tottenham coming away as comfortable 4-1 winners.

This fixture will, therefore, provide an interesting barometer to judge just how far Liverpool have come over the last 12 months. Of course, we must highlight that given the quality of season enjoyed by Liverpool, they did after all reach the Champions League final, with that said though the squad at Anfield has evolved considerably over the last 12 months with significant investment in the defence and midfield making Liverpool an entirely different opponent when compared to this time last year.

Tottenham, on the other hand, have made no additions to the first team squad over the summer transfer window but under coach Mauricio Pochettino they will always remain competitive at the top level.

What can we expect to see from this match in a tactical sense though?

Taking a look at the team sheets when these two sides faced one another last season, there is a clear indication of the changes that have taken place at Anfield over the 12 months in between. 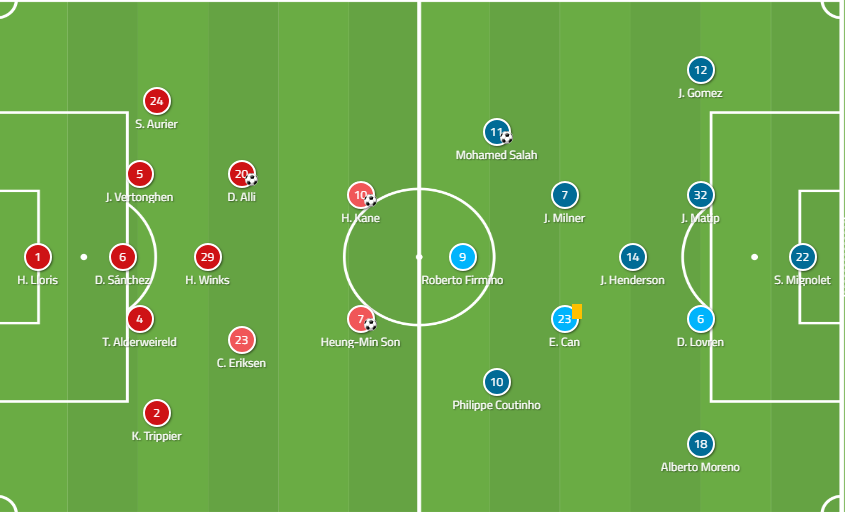 It is interesting to note the differences in Liverpool last term compared to now. With Virgil van Dijk, Andrew Robertson, Allison, Naby Keita and Sadio Mane added to the line-up, there is a very different feel to not only the look of Liverpool but of the way that they play as a unit. Whilst you could argue that losing Philippe Coutinho, to Barcelona would weaken any team the addition to the starting lineup of Sadio Mane in his place gives the Liverpool attack an entirely different look that will challenge the Tottenham defensive structure within this match.

When Coutinho played from the left from Liverpool he still looked to drift centrally into the number 10 position from where he could influence the play picking the ball up at the edge of the final third. While Sadio Mane’s initial movement is similar, Mane will move inside initially to empty the wide area, and allow Robertson to flow forward from fullback but from there he is more likely to make vertical runs to attack spaces in the opposition defensive line.

This movement works well for Liverpool because it compliments the preferred movement of the other Liverpool attacking players, Roberto Firmino will drop off from the front line to link play deeper whilst Mohammed Salah will also come in off the line to attack the Spurs defensive line from the wide area.

It does not stop there, though. In the midfield, as Firmino drops deep and Mane and Salah drive diagonally, Liverpool now have a World Class multifunctional midfielder in Naby Keita who will move into space behind the forwards from where he can further disrupt and threaten the defensive block of the opposition. 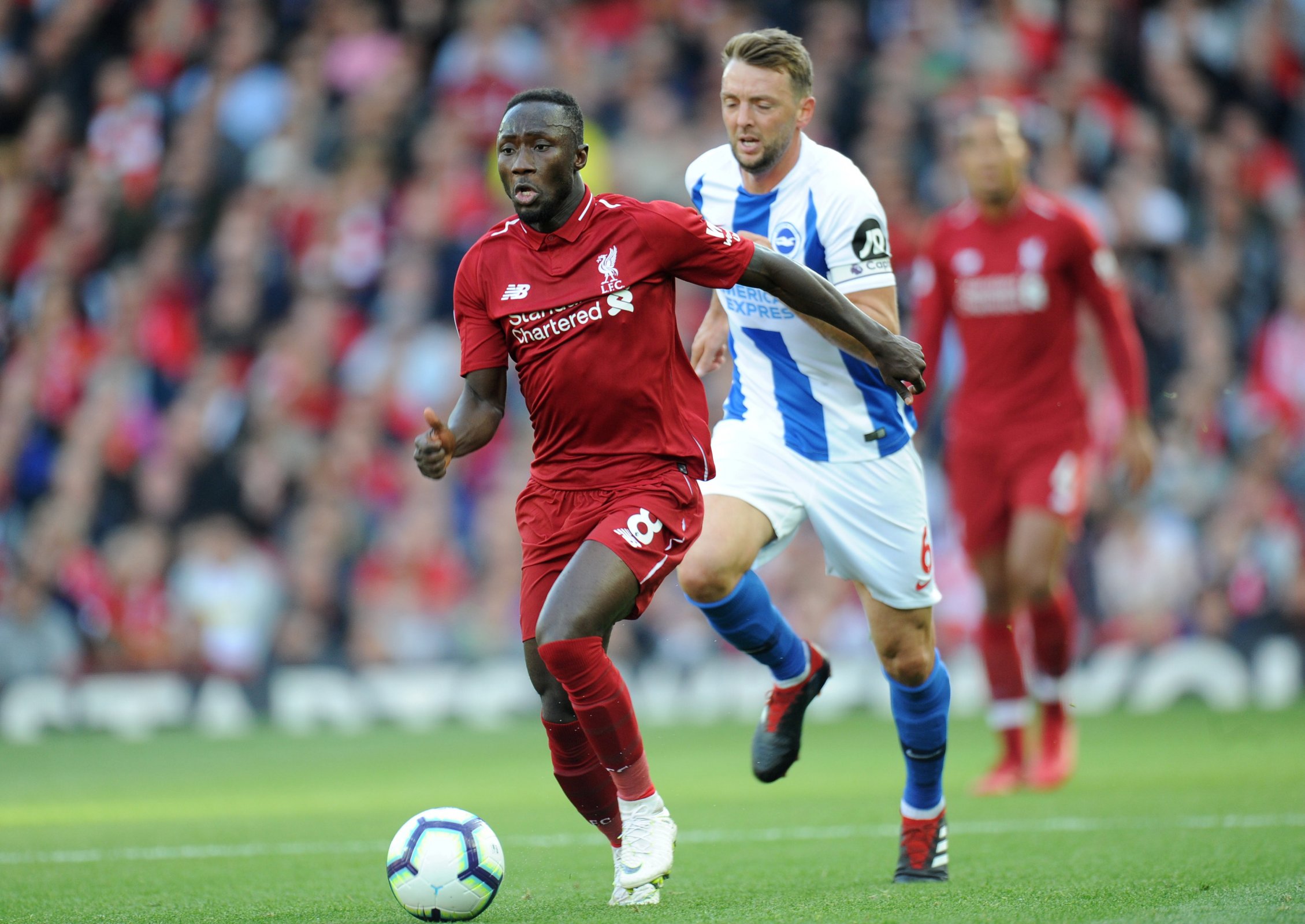 As much as Liverpool are a real threat in the attacking phase they are also extremely strong defensively. Indeed, Liverpool are one of the most balanced teams in the Premier League from a tactical point of view.

Once again, part of this is down to the recruitment that the club has done over the course of the last 12 months with the signings Van Dijk and Allison. This recruitment, however, is paired with the emergence of young talent that was already at the club with Trent-Alexander Arnold, Joe Gomez and Robertson forming an extremely youthful back four with Van Dijk.

The defensive structure for Liverpool, with one shielding player sitting at the base of the midfield is extremely effective and modern in its approach. They possess pace and strength across the back line, which allows Klopp to instruct them to play in a medium or high block content that the space behind the defensive line can be covered by defensive players running back towards their own goal at speed.

This effectively takes away the threat of the ball over the top of the defence whilst also allowing Liverpool to compress the field and press the opponent high and fast, this press is supported by the positioning and proactive movement of the back four all of whom are comfortable when asked to step out into midfield.

The narrative coming into this season persisted that Harry Kane does not score in August. This was firmly disproven in the opening weeks of the season with Kane keeping up his form from the end of the 2017/18 season. Still, though, something does not feel right with the performances of Kane to this point.

As a forward Kane has almost an iron self-confidence with the clear belief that he can score from anywhere at any time, and as such we tend to see Kane take on a large number of shots from a game to game basis. This season, though, at least to this point, his shot numbers and touches of the ball in and around the penalty area are down significantly. 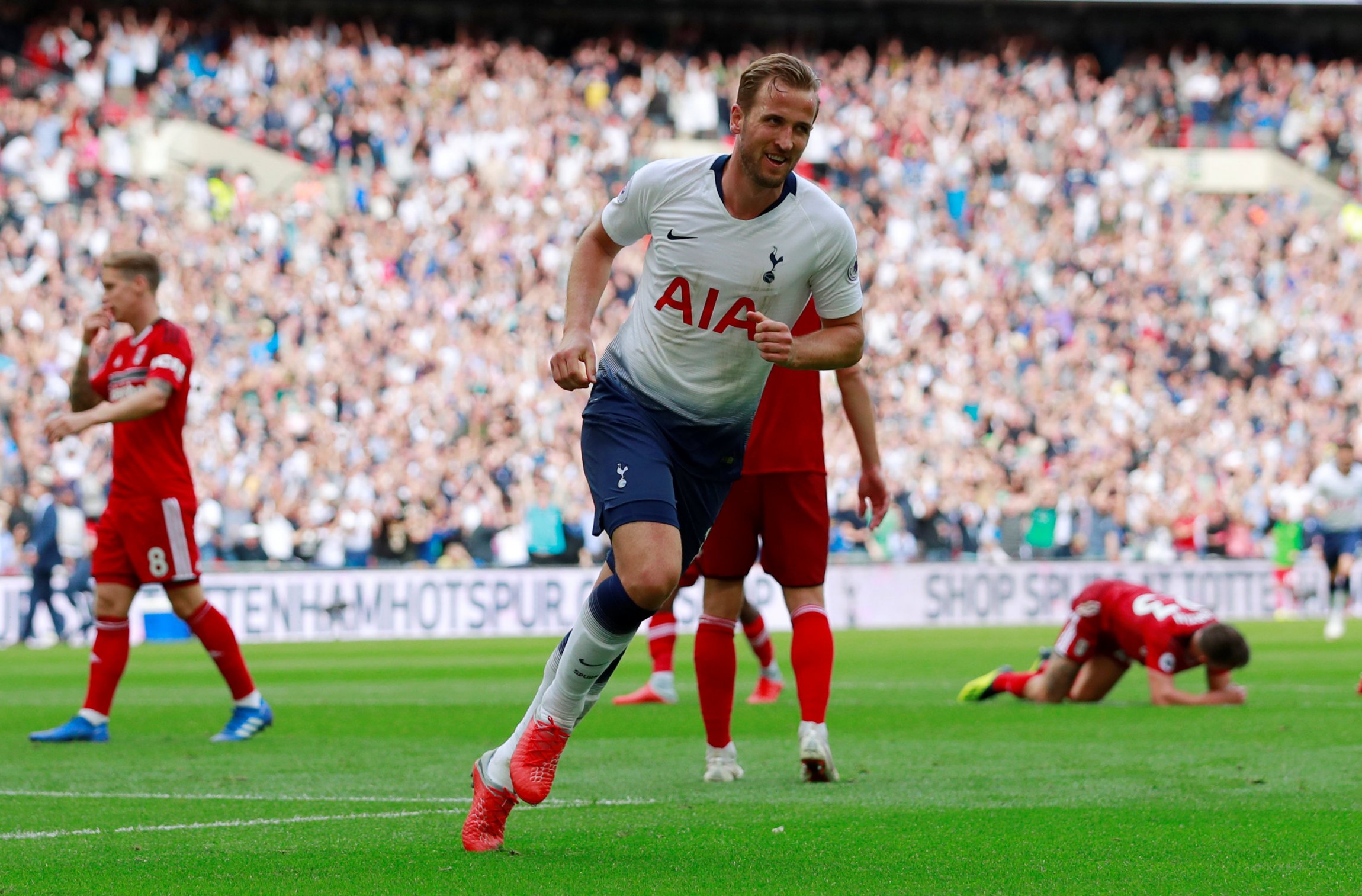 Kane is still very much the talisman for this Tottenham side and although he is supported by the likes of Dele Alli, Lucas Moura, Christian Eriksen and the returning Heung-min Son, he is very much integral to the way that Pochettino has Spurs playing this season.

There is some feeling that Kane played a portion of the World Cup this summer carrying an injury and if this is indeed the case, then perhaps the England captain just needs a rest. With domestic and European competition about to heat up, it is unlikely that Pochettino will be able to give the forward the matches off that he may need to rediscover his form.

A year is a long time in football and it is impressive that Spurs have maintained their presence at the top end of the table given the lack of investment in the first team squad. This is a testimony of the abilities as a coach of Mauricio Pochettino that he has kept them competitive.

With that said, I would expect Spurs to struggle in this match against the relentless attacking and pressing Liverpool machine.