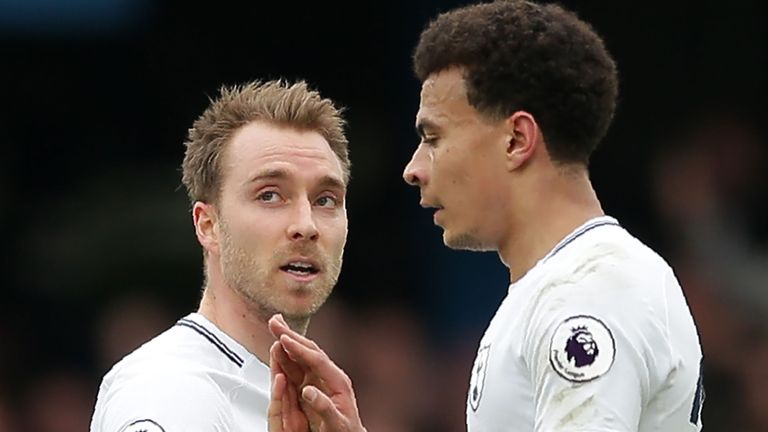 Tottenham will have five first-team players unavailable when they take on Cardiff in the Premier League on Saturday, with an ever-growing injury list.

It was confirmed on Friday that Jan Vertonghen (hamstring) will be out for around six weeks, joining Christian Eriksen (abdominal), Mousa Dembele (thigh), Dele Alli (hamstring) and Serge Aurier (thigh) on the sidelines.

Manager Mauricio Pochettino says the outside perception is Saturday should be an easy game for Spurs, but his players must play at the same level as they did against Barcelona in the Champions League.

“The most difficult game is the game that everyone believes, outside of the team, that you must win,” Pochettino said. “For us it’s so important to be motivated at the same level. If not we’re going to struggle.”

Cardiff, who are still looking for their first win of the season, were beaten 2-1 at home by Burnley last weekend but manager Neil Warnock remains in good spirits ahead of a tough trip to Tottenham.

“I don’t know how we didn’t win last week, but that is life in the Premier League, you’ve just got to get on with it,” Warnock said.

“It was a positive performance other than the result and I thought once again the fans were superb. I’m sure we’ll be filling our allocation at Wembley, because they have been pretty amazing away from home as well.”

Junior Hoilett has recovered from illness to take his place in the Cardiff squad. He missed Sunday’s 2-1 home defeat to Burnley with a virus but has trained fully this week.

Aron Gunnarsson (knee) remains out, but Bluebirds boss Warnock is hopeful the Iceland midfielder might be available for the visit of Fulham after the international break.

Some good news for Tottenham is the return of Michel Vorm to training, and he could be included in the squad on Saturday.

This will be the third Premier League meeting between Spurs and Cardiff, with Spurs winning both matches 1-0 during the 2013-14 season.

Cardiff are winless in seven matches against Spurs in all competitions (W0 D2 L5), scoring just once in those matches, a Paul Went goal in a 2-1 league defeat in January 1978.

Spurs have won their last seven home matches in all competitions against Cardiff, scoring 19 goals and conceding just five.

This will be Cardiff’s first game at Wembley Stadium since the 2012 League Cup final against Liverpool – the Bluebirds lost on penalties following a 2-2 draw.

Tottenham are unbeaten in 37 Premier League games against promoted sides (W34 D3) since losing vs QPR in April 2012. The run is the second longest of its kind in the Premier League, after Chelsea’s record of 63 between May 2001 and September 2011.

Cardiff are winless in their seven Premier League games so far this season – only twice in their history have they failed to win any of their first eight games to a league campaign (1964-65 in the second tier and 1989-90 in the third division).

Tottenham striker Harry Kane has scored against 26 of the 27 different sides he’s faced in the Premier League. The only side he’s yet to find the net against are Cardiff – he played just 16 minutes against them across two games in the 2013-14 campaign.

The result against Barcelona would’ve shaken Tottenham. I’ve played in games before where you think you’re alright and then you get a pasting. I remember years ago we played in the Super Cup at AC Milan. The Arsenal side I played in, we were a good team. We were decent and we got absolutely ripped to shreds. It really knocks your confidence.

Don’t get me wrong, I know Cardiff aren’t Barcelona but a result like that can come along and put you back in your place. This is now a hard game for Spurs because the Barca defeat will have affected them. Even if they win this game by a big margin people will still say they can’t do it against the big boys. I do think they’ll win this game but Cardiff will make it hard for them. 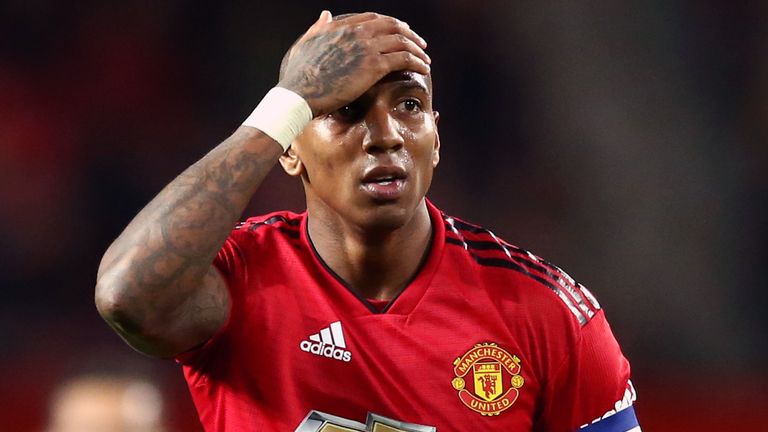 Ashley Young is back in contention for Manchester United’s crucial Premier League clash at home to Newcastle on Saturday (kick-off 5.30pm).

Manchester United are looking to avoid going five matches without a win for just the second time since 1999 and Jose Mourinho admited that would be unacceptable for a club of United’s size.

When it was put to Mourinho on Friday morning that such a run for a club of United’s size is not acceptable, he said: “Yes, I accept (it is not good enough).”

United have not won at Old Trafford since the opening day of the season – a run that extended on Tuesday when Valencia secured a 0-0 draw. That Champions League result followed the loss to Tottenham, draw with Wolves and Carabao Cup exit on penalties to Derby, which Mourinho does not class as a defeat.

“Only one defeat at home all season, only one defeat in the last seven matches,” he said. “But not victories at home in the past three matches – three draws. Not the feeling of the defeat, but not the happiness of the victory. So, yes, it is important for us to try and win this match on Saturday.”

Meanwhile, Newcastle boss Rafael Benitez is remaining tight-lipped about the midweek dinner he and his players enjoyed with owner Mike Ashley.

The manager and his squad met with the sportswear magnate at a Ponteland restaurant on Wednesday evening, but the Spaniard was giving little away as he held his pre-match press conference on Friday about what was said.

Benitez said: “It was a pleasant dinner and that’s it. Everything we were talking about will stay between us. Normally with all the teams I have been, you used to have some kind of dinners with the owners or the president, and it is something very common in football.”

Asked for his feelings about the dinner, Benitez, whose struggling side arrive at Old Trafford on Saturday looking to compound the hosts’ poor recent run, preferred instead to concentrate on the trip to United.

Meanwhile, Phil Jones, Andreas Pereira and Diogo Dalot will be hoping to be involved after being left out of the squad in midweek.

Benitez will make late checks on defenders Paul Dummett and Federico Fernandez ahead of the trip to Manchester
United.

Both men missed last weekend’s 2-0 home defeat by Leicester with hamstring injuries and will be assessed ahead of kick-off.

Striker Salomon Rondon is still out with a thigh injury, while central defender Florian Lejeune continues his recovery from knee ligament damage

Merson’s predictionI watched Newcastle the other day against Leicester and I couldn’t believe what I was watching. I’ve played at St James’ park plenty of times and it was a hard place to play football. The players were up for it, the crowd were up for it and it was a hard game. They had just one shot on target from 65 yards from Jonjo Shelvey. If Manchester United could hand pick any team to play this weekend it would be Newcastle. Forget Cardiff or Huddersfield it would be Newcastle because they can’t score a goal. they don’t even look like scoring a goal. On the flip side, if United don’t win this game there’ll be major trouble at Old Trafford. Newcastle will go there for a 0-0 but United will eventually break them down.