Card counting is used by many veteran gamblers proficient in basic strategy to make money when playing blackjack online or offline. Several professional card counters have already made some money by counting cards, and many casinos hate them since the casinos can’t make a profit. However, many people think that the casino’s dislike of card counters also equates to the act being illegal.

Many people think that card counting doesn’t work for various reasons. The reasons why people think it doesn’t work because they tried doing it and failed, they thought their success was just a fluke they couldn’t repeat, and they don’t know any better. Card counting requires people first to understand basic strategy and then follow through with it religiously.

It takes time and tons of practice to work out how basic strategy works fully. Beginners can read a blackjack basic strategy guide to understand how it works for a bit and then practice with a few games. Playing a demo match through an online casino or a game that isn’t live won’t help gamblers practice card counting since the games are dependent on RNG or Random Number Generator. Card counting is used to determine what cards are left in a deck.

One common belief about card counting is that it is illegal and will get counters in trouble. The fact that casinos hate card counters gives credibility to this belief. Blackjack is also featured in multiple TV shows and movies, with card counters usually getting hunted down by the people in charge for winning too much when counting cards.

Card counting cannot even be considered illegal because people think that counting cards is cheating. After all, it isn’t. A card counter uses their brain to win and play blackjack according to its rules, without changing anything. However, casinos can ask players to stop playing if they are winning too big. It’s not illegal to count cards, but it also isn’t illegal to be stopped from playing the game.

Counting cards isn’t illegal, but there’s a chance to get banned and blacklisted by a casino. 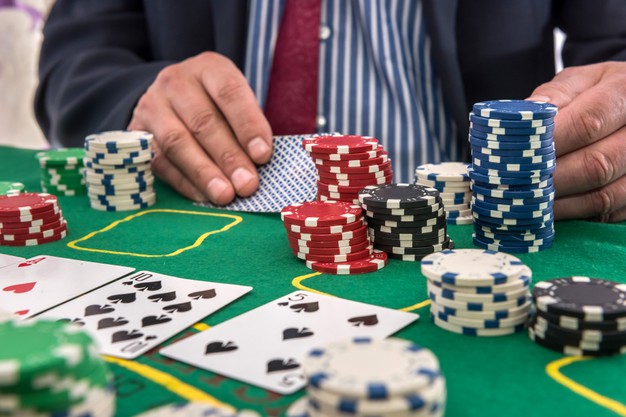 While photographic memory may help card counters, it isn’t necessary to become successful when counting cards. The trick to counting cards effectively is drilling basic strategy, strategy charts, and how to count cards into one’s mind through constant practice. Anyone can become a card counter through enough practice.

It’s Easy to Get Rich

Ian Andersen, an elite member of the Blackjack Hall of Fame, wrote in his book “Burning the Tables in Las Vegas” that he suffered a losing streak so bad that he asked a friend whether he was playing correctly or not. Ian was a professional card counter, and he suffered from several losses.

Any card counter can experience some heavy losses if they play blackjack long enough.

You Need a Suit to Play Professionally

Due to how many people perceive casinos and how movies and TV shows depict people while playing casino games, many people think that they have to look like James Bond to play. A wardrobe upgrade is reasonable but not necessary to make money playing blackjack.

High rollers are most likely to wear sweatsuits and cheaper clothing than expensive ones. Professional card counters tend to get banned and blacklisted in casinos for counting cards and winning big. Some of them wore different disguises to stay under the radar and play blackjack without getting caught and thrown out. Ed Thorp, a blackjack player who got so good to be warranted a ban, wore a Hoover Dam worker uniform as a disguise to blend in.

Wearing something discreet and blending in improves a person’s chances of not getting caught as a card counter. Blackjack players don’t need to buy a suit when playing in a casino, especially when playing in an online casino.

Gamblers won’t have to worry about looking good when playing online blackjack since no staff can see what they look like while playing. It’s also arguably safer for a blackjack player to practice card counting when playing online than in a traditional casino since the dealer won’t see any mannerisms a new counter might have that give away the fact they’re counting cards.

Card counting is not a get-rich scheme, and it takes years of practice to perfect it. Aspiring card counters need to have a safe and comfortable environment to play in, and a reputable mobile casino Singapore is ideal.